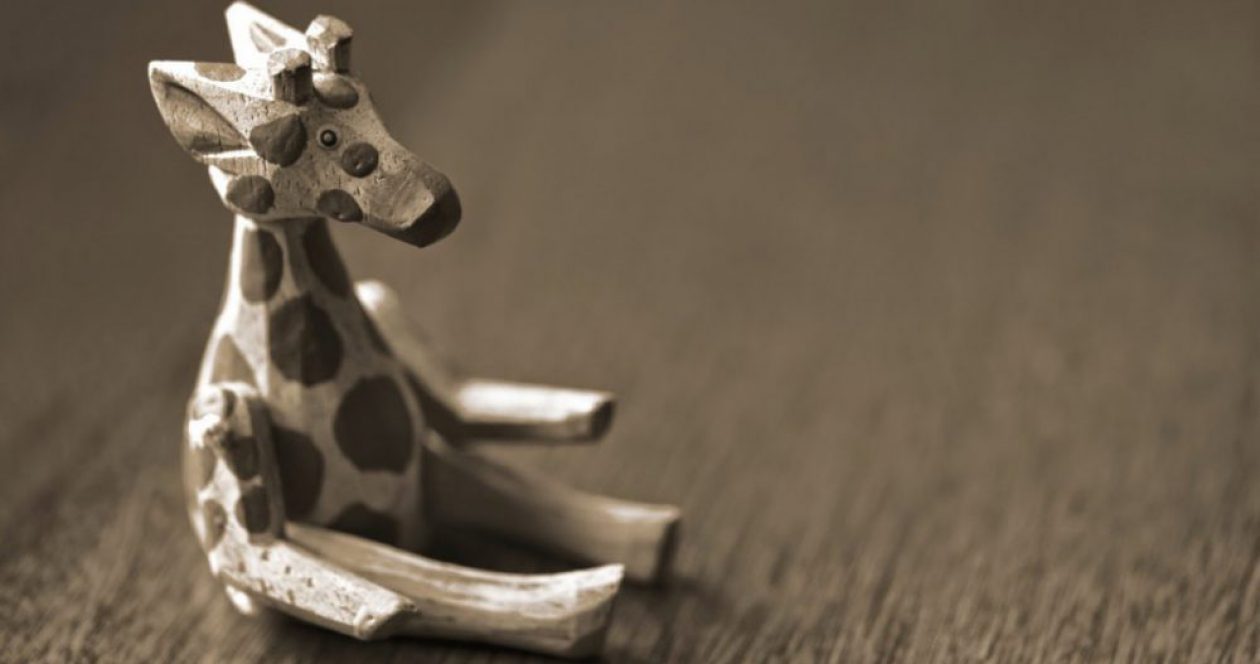 The History of a Bunny & His Eggs

When we celebrate Easter, many of us gather with loved ones, but why an egg-hiding bunny on Easter? Where’d the idea come from?

The Easter Bunny (also called the Easter Rabbit or Easter Hare) is a fantasy character depicted as a rabbit bringing Easter eggs. Originating among German Lutherans, the Easter Hare originally played the role of a judge, evaluating whether children were good or disobedient in behavior at the start of Eastertide. The Easter Bunny is sometimes depicted with clothes. In legend, the creature carries colored eggs in his basket, candy and sometimes toys to the homes of children, and shows similarities to Santa Claus, as they both bring gifts to children on the night before their respective holiday. The custom was first mentioned in Georg Franck von Franckenau’s De ovis paschalibus (About Easter Eggs).

The Bible makes no mention of a long-eared, short-tailed creature, nevertheless, the Easter bunny has become a prominent symbol of Christianity’s most important holiday. The exact origins of this mythical mammal are unclear, but rabbits, known to be prolific procreators, are an ancient symbol of fertility and new life. According to some sources, the Easter bunny first arrived in America in the 1700s with German immigrants who settled in Pennsylvania and transported their tradition of an egg-laying hare called “Osterhase” or “Oschter Haws.” Their children made nests in which this creature could lay its colored eggs. Eventually, the custom spread across the U.S. and the fabled rabbit’s Easter morning deliveries expanded to include chocolate and other types of candy and gifts, and decorated baskets replaced the nests. Children often left out carrots for the bunny in case he got hungry from all his hopping.

Easter is a religious holiday, but some of its customs, such as Easter eggs, are likely linked to pagan traditions. The egg, an ancient symbol of new life, has been associated with pagan festivals celebrating spring. From a Christian perspective, Easter eggs are said to represent Jesus’ emergence from the tomb and resurrection. Decorating eggs for Easter is a tradition that dates back to at least the 13th century, according to some sources. One explanation for this custom is that eggs were formerly a forbidden food during the Lenten season, so people would paint and decorate them to mark the end of the period of penance and fasting, then eat them on Easter as a celebration.

Easter egg hunts and egg rolling are two popular egg-related traditions. In the U.S., the White House Easter Egg Roll, a race in which children push decorated, hard-boiled eggs across the White House lawn, is an annual event held the Monday after Easter. The first official White House egg roll occurred in 1878, when Rutherford B. Hayes was president. The event has no religious significance, though some consider egg rolling symbolic of the stone blocking Jesus’ tomb being rolled away, leading to his resurrection.

Easter is the second best-selling candy holiday in America, after Halloween of course. The most popular candy associated with this day are chocolate eggs. Eggs have been banded with Easter as a symbol of new life and Jesus’ resurrection. The jelly bean is another popular candy and became associated with Easter in the 1930s. According to the National Confectioners Association, over 16 billion jelly beans are made in the U.S. each year for Easter. That’s enough to fill a giant egg measuring 89 feet high and 60 feet wide. During the past decade, the top-selling Easter candy has been the marshmallow Peep! Candy manufacturer Just Born began selling Peeps in the 1950s. The original Peeps were handmade, marshmallow-flavored yellow chicks, but other shapes and flavors were later introduced.

How do you celebrate Easter? Do you currently have an endless supply of Peeps? 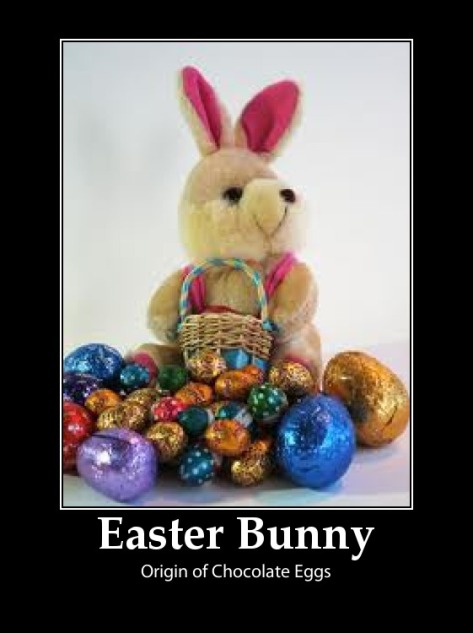 With Easter fast approaching, what will you be snacking on? Heres some eye-catching ideas… 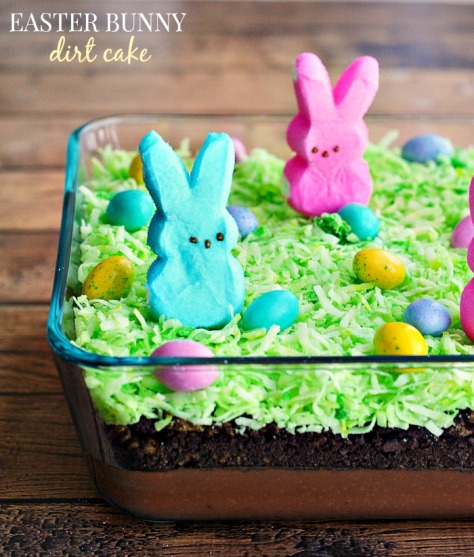 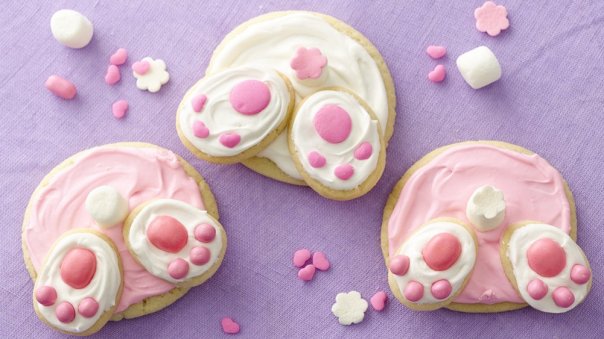 Sweet and Salty Spring Snack Mix via The Creativity Exchange 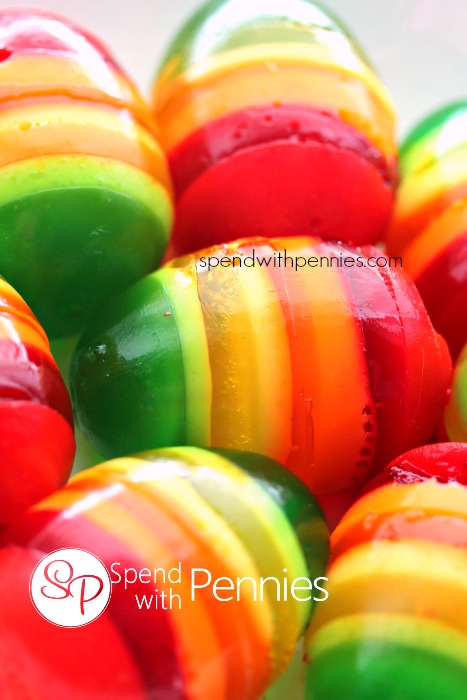 Better get to work! Sundays right around the corner. Happy Easter Y’all…

Redoing your windows? Don’t let the old ones go! I have 3 in my garage just waiting for a new purpose. Heres some ideas on how to make em new again…

Make yourself a new table via Marty’s Musings

Create a potting bench via Homeroad 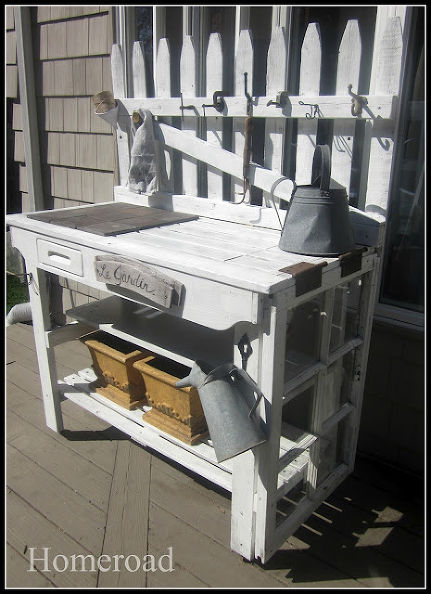 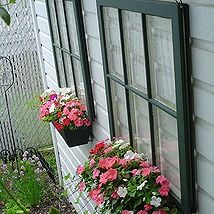 Frames! via Milk and Honey Design

Organize your entryway via The Budget Decorator

Make a window cupboard via My Repurposed Life

Love these ideas! Cant wait to get started on mine…

I love, love, love anything tortilla-goody stuffed and topped with a bag of cheese type contraption! check out these ideas… 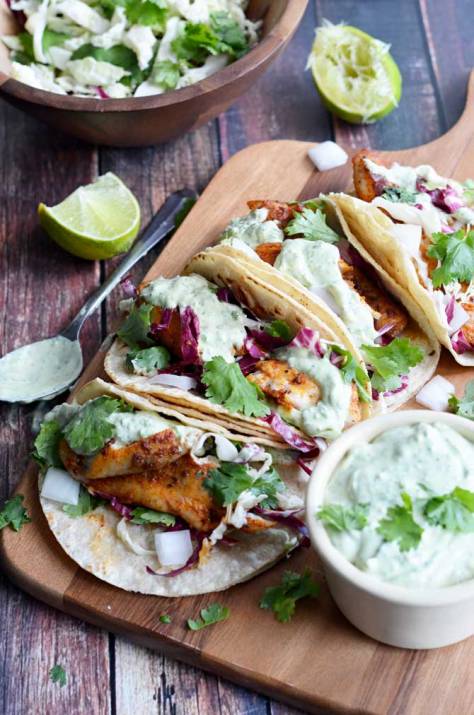 For those with a special relatioship with the crockpot like me From Valeries Kitchen offers this! 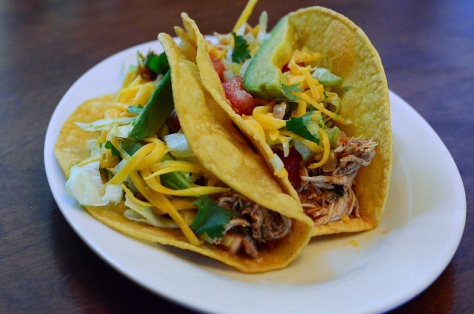 Carnitas Tacos from Food is Luv 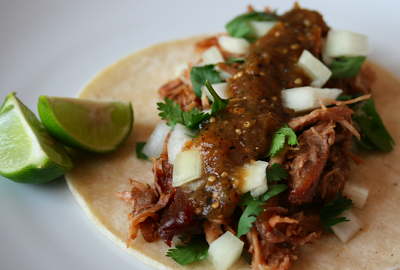 Texas Tacos from The Girl Who Ate Everything

Green Chile Turkey Tacos from The Girl Who Ate Everything 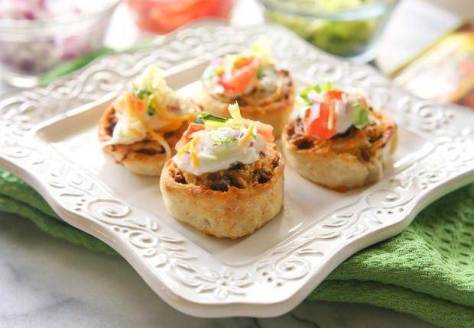 Beer-battered Fish Tacos from My Recipes 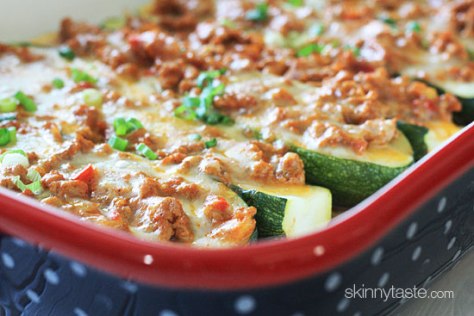 Tuesdays will never be the same!

My sister-in-law is having a mason jar wedding and naturally I had to chime in. After almost falling into the internet hole, I’ve come out with a start (just a start), on the endless possibilities that could be her big day, bachelorette part or his bachelor party. Oh my-goodness, maybe I should write a book instead. I feel like an expert now, and you can too. These lovely people I’ve found will surely put you at ease when creating your big day! Check em out…

To start, ya wanna make sure your colors are just right. Love the chalk/milk colors. Available in all sorts of colors and  a spray paint for even quicker results.

Something Turquoise offers an excellent tutorial on just how to achieve that. 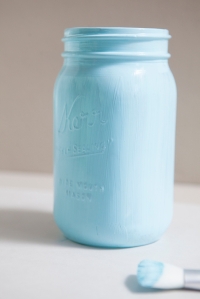 The wedding Chicks has and excellent idea on personalization

Let us not forget lighting!

All Things Heart and Home

The walk down the isle…there’s a mason jar for that! 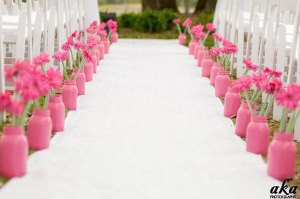 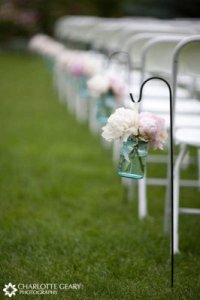 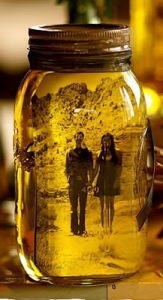 Wanna invite people to your event…there’s a mason jar for that! 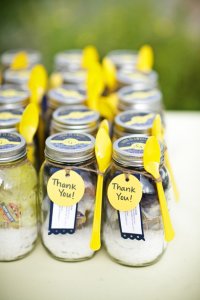 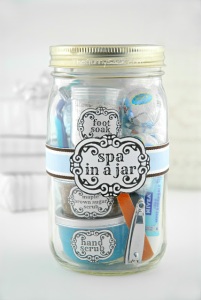 So much more, haven’t even tapped into the many, many ways I can get this bride down the isle with all her guest saying “That’s the rustic wedding to die for…oooo!” “Whos her planner”

These Marshmallow Pops & Pretzels took under twenty minutes to make from start to finish and they turned out adorable! All you need is:

Sprinkles of your choice or Coconut Flakes 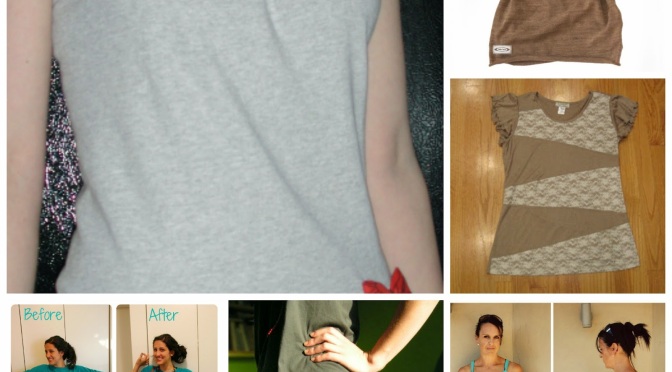 If your like me, you have alot of t-shirts that for whatever reason you just cant part with. Whether they even fit, look worn or just plain sentimental. Heres some great ideas to bring em back to life… Summer dress tee via Diary of a Mad Crafter

Think I have some drawers to clean out!

Looking for some different ways to decorate eggs this year, I stumbled across these nifty ideas!

Photo eggs via A Subtle Revelry

Disney Frozen eggs via A Pumpkin and a Princess

Hipster eggs via One Good Thing By Jilee

Silhouette eggs via Rook No. 17

You can always try this adorable idea for all your eggs afterwards!

So would you try it? Wonder if it works on any rice…I think some Orzo is callin my name!

Researchers at the College of Chemical Sciences in Sri Lanka successfully tested out their theory that using a specific heating and cooling process could increase the presence of resistant starch and thereby minimize the body’s calorie absorption.

Here’s how to cut the calories in your rice by more than half, according to the researchers: Add a teaspoon of coconut oil to boiling water, then add half a cup of rice. Simmer for 40 minutes or boil for 20 to 25 minutes. The cooked rice should then go into the refrigerator for 12 hours, which means you’ll need to cook it ahead of time.

The researchers say this method causes the oil to enter in starch granules while it cooks and adds a protective layer, which ostensibly changes the structure of the rice granules so they becomes resistant to the digestive enzyme. Ultimately, this means that fewer calories from the rice are absorbed by the body.

Huge hit during the holidays! I had to add onions just to keep “B” from inhaling them before I can serve them. I did find that using tortillas that were a bit older worked better…

Spread on to tortillas.

2. Wrap tortillas up jelly-roll style and cut into 1/2 inch slices. Pop into the fridge to chill for 10 minutes. If serving later, individually wrap rolls in plastic, before cutting and chill in the fridge.